On September 22nd 2017, Enter Shikari will release their fifth full-length studio album. It is entitled THE SPARK and was recorded in Northamptonshire in early 2017, produced by David Kosten and Rou Reynolds. It is preceded by the single Live Outside. You can watch the video for that, below.

The Spark will be released in three physical formats. 1) 12” VINYL ALBUM - available in either “Mint” coloured vinyl (limited to 1000 copies worldwide and only available from entershikari.com/store) or “Silver” coloured vinyl (this colourway is available everywhere, but will only be available while this first pressing lasts. after that.. gone). These initial pressings of vinyl also include an envelope containing 12 x A4 lyric sheet documents. (Copies of either colourway will be autographed by the band, if purchased from www.entershikari.com/store prior to Sept 6th 2017)

2) CD. - a CD in a digipack with a 20pg lyric booklet. (Copies of CD will be autographed by the band, if purchased from www.entershikari.com/store prior to Sept 6th 2017)

4) LIVE SLOW. DIE OLD. 12" MINI ALBUM - Limited to 1000 copies on clear vinyl and only available with preorders of The Spark from www.entershikari.com/store Includes a variety of recent non album singles, 3 of which are pressed physically for the first time. 1) The Paddington Frisk 2) Radiate 3) Rat Race 4) Redshift 5) Hoodwinker 6) Supercharge [feat. Big Narstie]

The Spark will also be available as download from all digital download retailers. If you pre-order the digital from iTunes then you get the single Live Outside straight away. Further digital retailers available here. 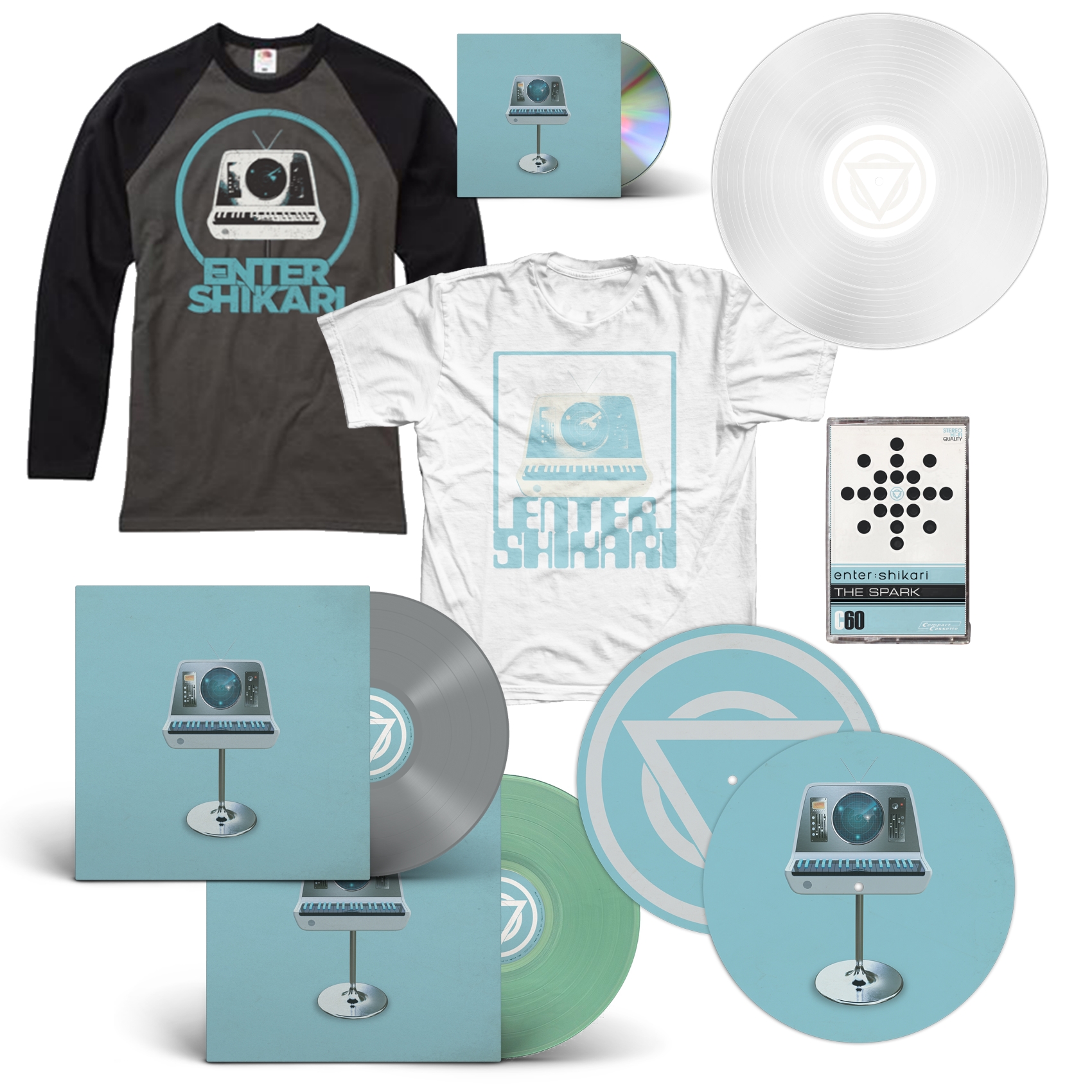 In support of the album, Enter Shikari will take to the road for a series of performances in November / December 2017. supports for all the dates are LOWER THAN ATLANTIS and ASTROID BOYS. Tickets are available from www.entershikari.com/shows