Fifteen years after the release of a debut full-length album that arguably changed the course of British heavy music, Faber Music presents the first authorised biography of one of the most invigorating, inventive, and independent bands the UK has ever produced – Enter Shikari. Written by Luke Morton, ‘Standing Like Statues’ tells the Shikari story through a series of comprehensive interviews with all members of the band and the team that surrounds them.

Due for release on 26th October 2022, ‘Standing Like Statues’ explores the life of the band to date, from emerging out of the Hertfordshire hardcore scene in the early 2000s and into the back of a postal van, to travelling the globe, playing to packed-out arenas and five albums in the UK Top 10 – all done their own way. Sweat, blood and tears stain each record, but they always spread a message of unity and perseverance.

Rou Reynolds, frontman of the band says: ‘It’s such a joy to now have our story thus far recorded forever. Luke has done an incredible job of making sense of a band that's not so easy to make sense of. Almost everything about this band is convoluted, unconventional or contradictory, but Luke has hacked his way through this jungle and created a clear – and, most importantly, – entertaining path! He’s been there since pretty much the very beginning, and it’s an honour to have someone so passionate, adroit and empathetic tell our story up to this point, just as we’re taking our first tentative steps into “the next era” of Enter Shikari. It feels surreal and incredibly gratifying to have this book, and I’m so glad to have a record of it all before our memories inevitably fade.’

‘Standing Like Statues’ is available to pre-order now from www.entershikari.com/store and other retailers. This 312 page hardback edition is printed in full colour with accompanying dust jacket also features a huge selection of unseen photographs.
The first 1500 orders via the Enter Shikari store come with a limited edition hand signed bookmark by the band, and also has the option of bundling up with a new exclusive t-shirt design.
The Enter Shikari store ships worldwide.

The book will launch with three exclusive live events with Rough Trade stores across the UK. The events will feature a Q&A with the band and author, hosted by radio and ‘On Wednesdays We Wear Black’ podcast presenter Sophie K, plus a book signing for audience members.
Tickets on sale 7th September 2022 through Rough Trade. 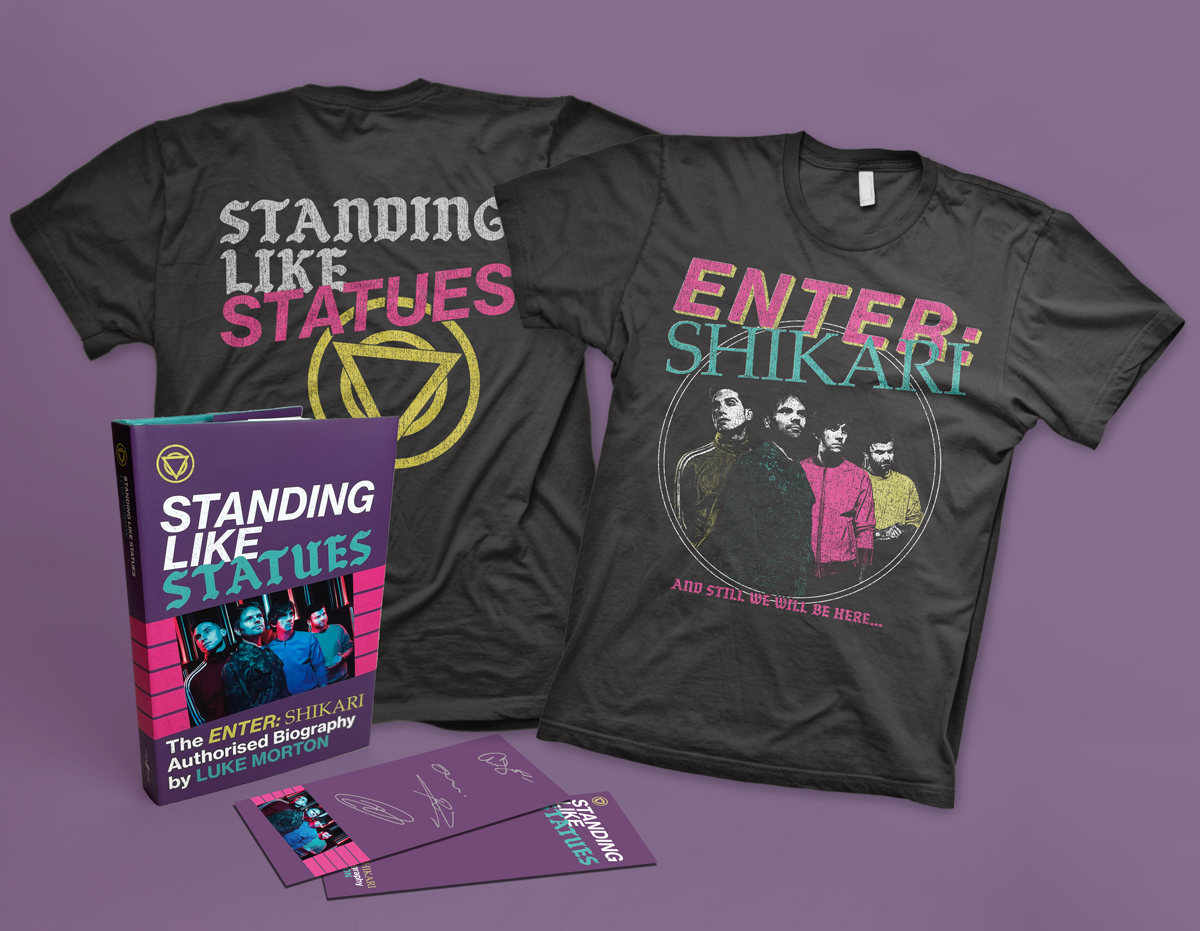 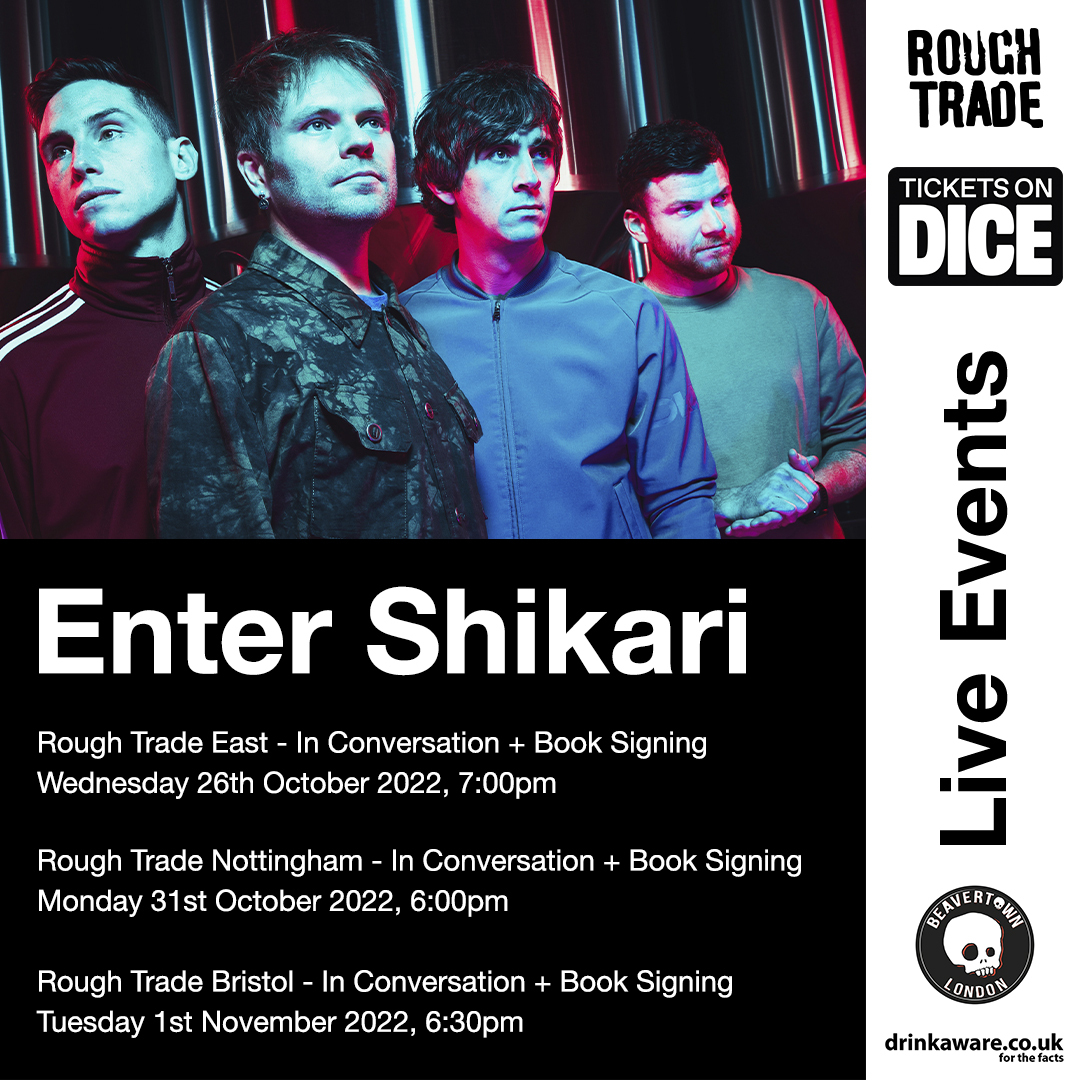