Live at VADA - A Broadcast From The Interruption Jul 6, 2021

"Live From Vada" is a live-in-the-studio film directed & edited by Tom Pullen, with audio produced by Rou Reynolds & Enter Shikari and mixed by Tim Morris.

Vada Studios was the location for recording the initial tracking for the Nothing Is True & Everything Is Possible album, and its beautiful live room seemed like the ideal environment for revisiting some of those songs for their first ever fully live outing, along with some tracks from the back catalogue which haven't been performed live all that often. While a number of artists have live-streamed performances throughout the Covid-19 pandemic, the feeling amongst the Enter Shikari camp remains that an Enter Shikari show without an Enter Shikari audience isn't an Enter Shikari show. So, instead, everyone at ESHQ hopes you enjoy this rather more intimate live experience.

There will be four separate showings of the film on 16th July (17th in Australia / Japan etc), across four timezones. You can get a free ticket for one (or all) by following here.

More information / FAQs on that page. 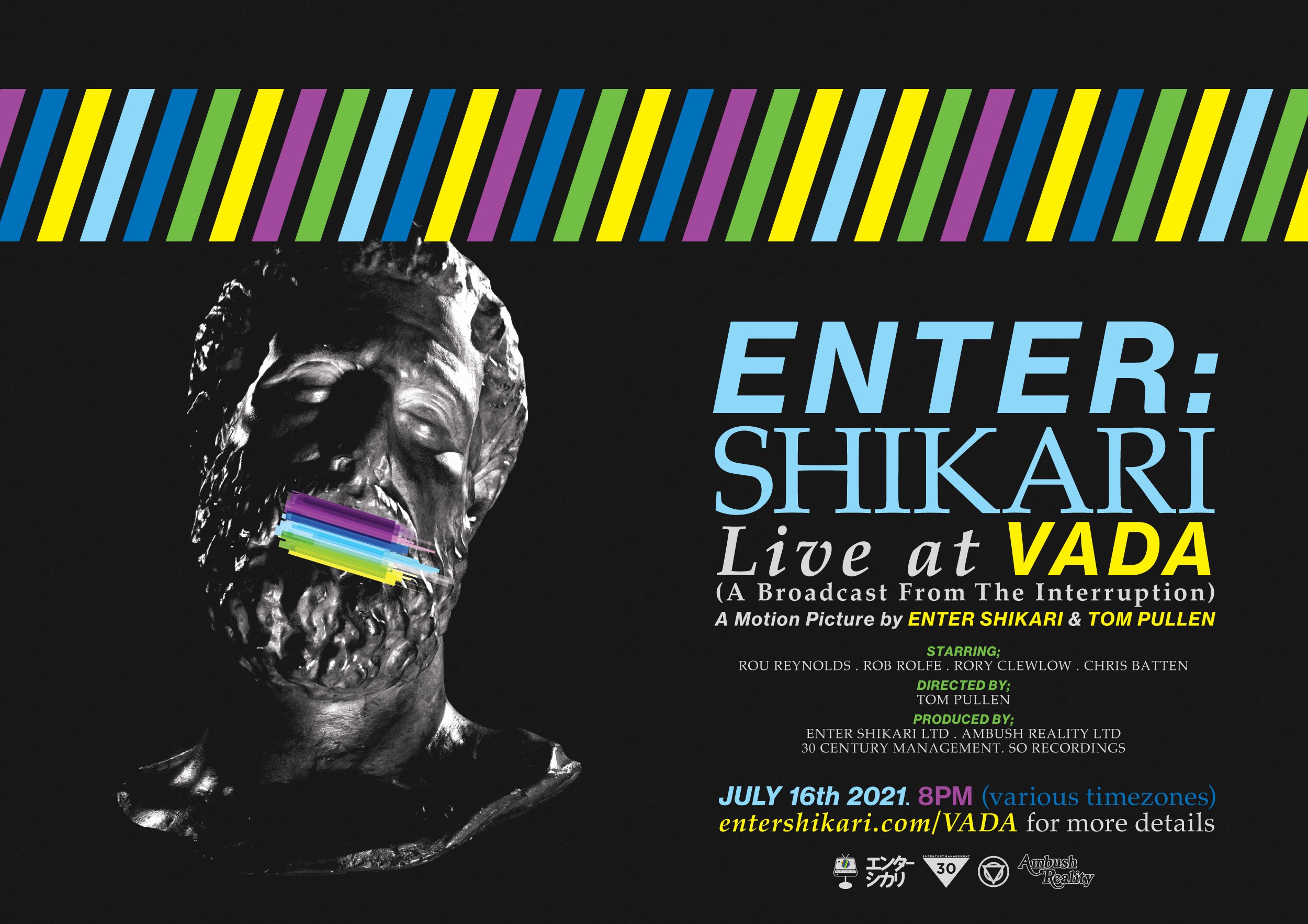