Enter Shikari have announced two small Glasgow shows, alongside music industry climate awareness group Music Declares Emergency, to coincide with the COP26 Climate Summit in the city this coming November.
The dates at Glasgow’s QMU fall on the 3rd & 4th November.
General sale tickets are available from Friday 30th July at 10AM, with special presale from Wednesday 28th at 10AM for members of the band’s Future Historians fan club and those with a Ticket Access Pass. 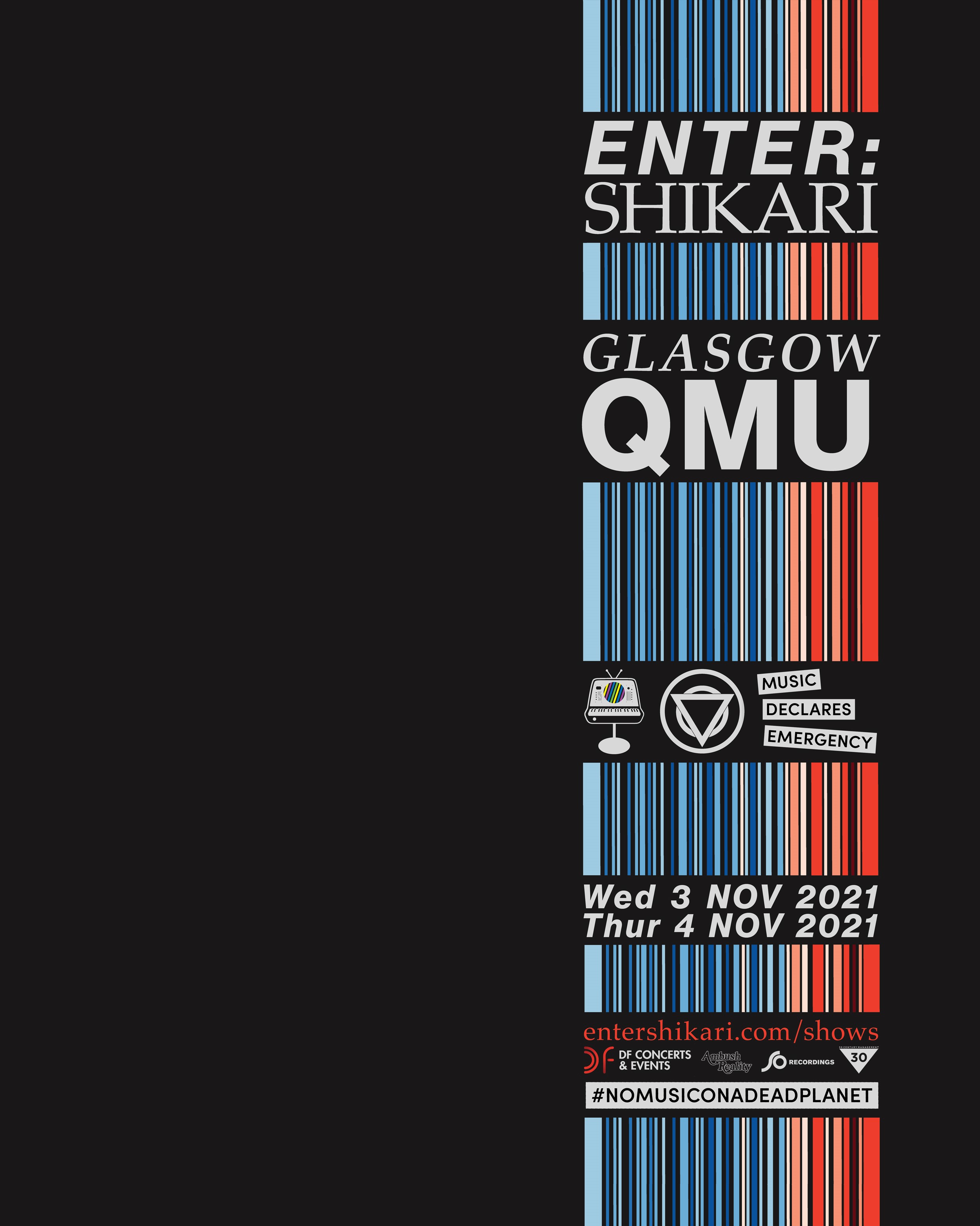 Rou Reynolds:
“Personally, I seize any excuse to get back to Scotland, so with our Edinburgh show now sold out, we're really happy to have an excuse to play Glasgow too. And this is perhaps the best excuse ever to go make a whole load of noise in Glasgow. COP26 is one of the most pivotal meetings in the history of humankind. We shall be there to lend our voice and demand real action on the climate crisis.”

*Information on Music Declares Emergency
Formed by a group of UK based artists and music industry professionals in London in 2019, Music Declares Emergency works with over 5000 declarers from all sectors and areas of the global music industry, placing music at the heart of conversation and action in relation to the climate emergency. Their slogan, ‘No Music On A Dead Planet’, has been seen by millions on screens and stages across the world and its groups across Europe and North America continue to place concern for the climate at the heart of music culture.