We present to you our latest book release Dear Future Historians: Lyrics and exegesis of Rou Reynolds for the music of Enter Shikari 2006-2019. Released on 28th May via our friends at Faber Music in deluxe paperback (£19.99 RRP), Dear Future Historians: 2006-2019 charts the lyrical creativity of the band, bringing together the much sought after 2017 limited hardback edition Dear Future Historians, and the 2018 limited paperback The Spark, in a revised, updated, and expanded 272 page edition featuring songs missing from previous editions, new song Stop The Clocks (as heard on the 2018 / 2019 tour of the same name, but still unreleased) plus new essays and lots of new photographs and imagery. All in a 11"x7" glossy heavyweight book.

Rou Reynolds will launch Dear Future Historians: 2006-2019 with a series of events at music and book stores across the UK. He will be signing copies and performing a short acoustic set at each venue:

The book is now available from all good book stores and retailers, as well as our own webstore, www.entershikari.com/store including bundle options with a t-shirt and exclusive signed bookmark.

We'll update this section with more retailers across the globe as and when we get them.
AMAZON // BLACKWELLS // BOOK DEPOSITORY // BÜCHER.DE // FABER MUSIC // MUSICROOM // ROUGH TRADE // TELEGRAPH BOOKS // WATERSTONES

Dear Future Historians: 2006-2019 delves into the heart of the band, featuring Rou Reynolds’ song interpretations and social commentary, alongside all of their lyrics to date. Printed in full colour throughout it includes album artwork, posters, and exclusive photographs.
Rou says:

‘I’m a strong believer that dissection and analysis of music or art does not - contrary to popular belief - diminish it or reduce its magic. As Beethoven said, "Don't only practice your art, but force your way into its secrets; art deserves that”. I hope readers of this piece of explanatory literature will find it exciting and interesting.’

You can read further into depth about the book with a exclusive interview between Rou and Rocksound, who are also running a competition to win a signed copy and t-shirt. You can check that out here. 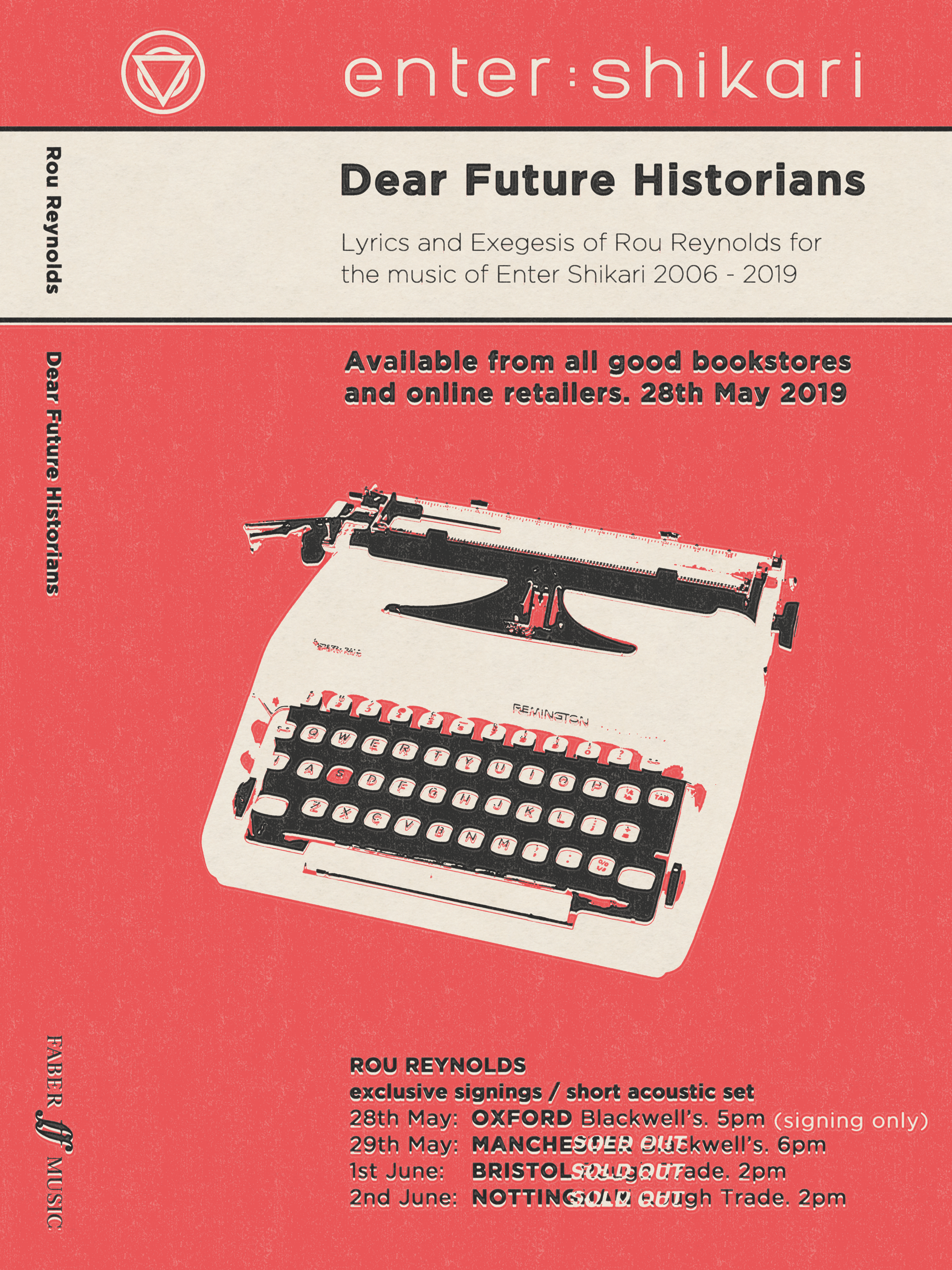